A new documentary tells a piece of history that seems impossible to understand, detailing a verboten relationship in Auschwitz between a Jewish prisoner and an Austrian SS officer.

The romance between Helena Citron, a comely, apple-cheeked Slovak captive, and blond Nazi captain Franz Wunsch unfolds in the deeply gripping documentary “Love It Was Not” by Israeli filmmaker Maya Sarfaty.

Using the results of years of research, eyewitness accounts and a moving chorus of voices from Citron fellow inmates along with artful photos and diorama images, Sarfaty tells the story of Citron and Wunsch in Auschwitz. .

The award-winning film from Greenwich Entertainment – which is now hitting film festivals around the world, as well as streaming platforms Apple TV and Amazon Prime Video from December 3 – is a deeper dive into the subject that Sarfaty began. to explore in “The Most Beautiful Woman,” its 2016 Oscar-winning student.

The film opens with a photo of Helena in Auschwitz, looking incredibly healthy and happy. This is a photo that Wunsch had taken of his beloved in his striped prisoner uniform, copying it several times, according to his daughter Dagmar, so that he could cut out the photo and place Helena’s head on different outfits in other contexts, far from the tragic and cruel environment of Auschwitz.

By registering, you accept the conditions

It was Wunsch’s crude collage method that ultimately led Sarfaty to a creative photographic technique used throughout the film.

The biggest problem with an Auschwitz film is that there is no visual material, Sarfaty said.

“The little in there is very familiar, too familiar,” Sarfaty said. “We’ve all seen it; it does not make our heart beat.

As she searched for solutions, she found one in the middle of the night, mimicking Wunsch’s continued use of the same photo of Helena.

Using photos of the different characters, Sarfaty staged and filmed the cutouts at different locations throughout the story: in the Auschwitz barracks, the crematorium, in the Austrian courtroom where Wunsch was tried for war crimes in the 1970s.

“I wanted the audience to be able to tell the difference between the illustrative scenes, to see how I play with the information and create drama,” Sarfaty said.

The drama, of course, is already there in this Auschwitz-based story.

Helena was one of the first 1,000 Slovak women and girls to arrive in Auschwitz in 1942, during the construction of the extermination camp. She was first assigned to hazardous demolition crew work, then was fortunate enough to have a job in Kanada, a store of suitcases and personal items belonging to those who were gassed.

She and the other women affected there sometimes found food or warm clothes. This is also where Helena, the daughter of a cantor, who once dreamed of performing, was chosen to sing at a birthday party for Wunsch, 20, an SS in charge of the operation. Kanada.

She performed the only German song she knew, “Love It Was Not”, which touched Wunsch deeply.

They began to dispense with notes, developing a stealthy relationship that could have meant death for the two of them. Other inmates were aware of their love affair; as one survivor in the film comments, “he loved her to the point of madness”. 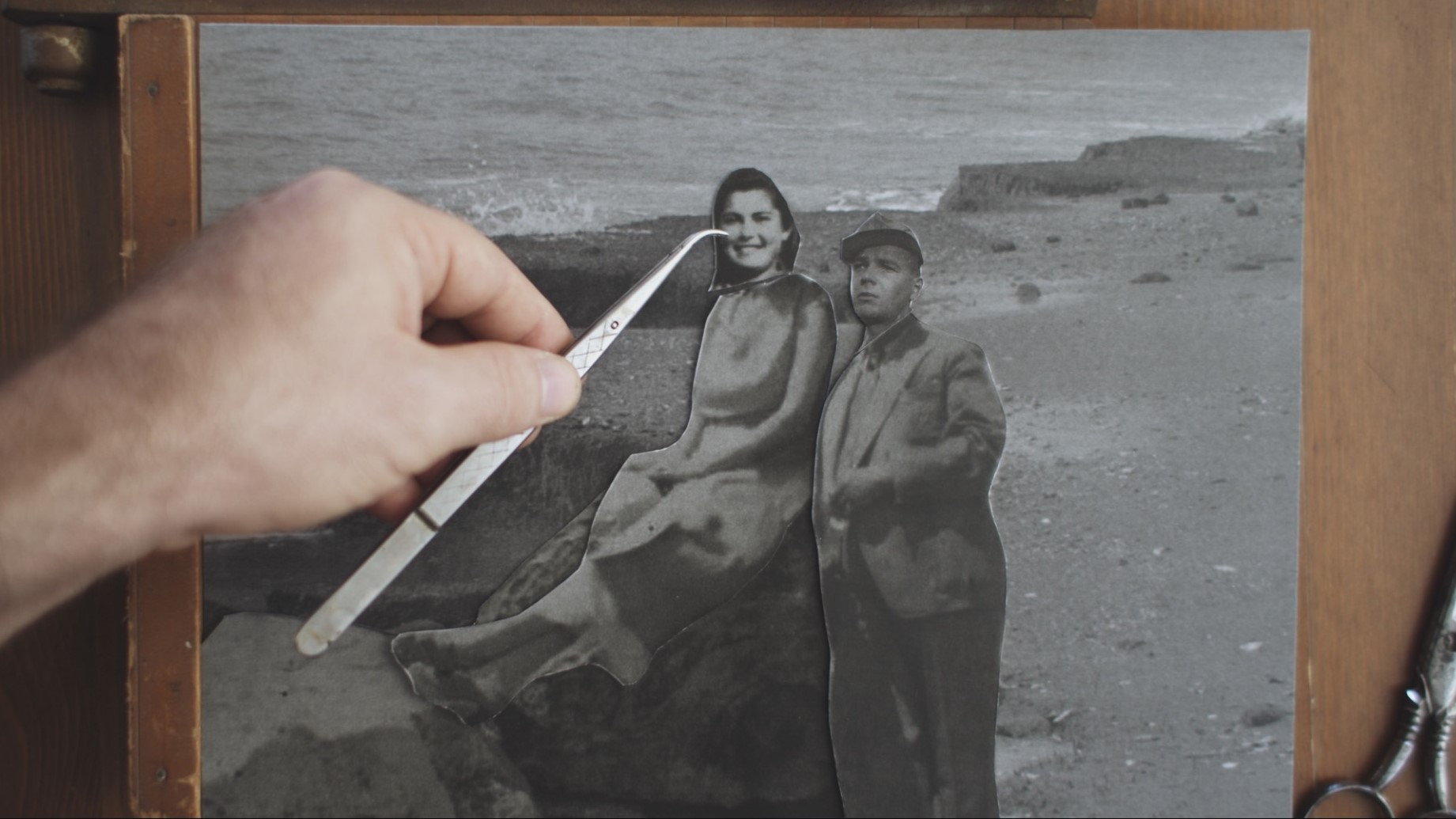 Helena’s story took another dramatic turn in 1944 when her older sister Roza arrived in Auschwitz with her husband and two children. Roza and her husband had lived in Palestine but returned to Europe, where she gave birth to her second child and they were then all sent to the concentration camp.

It was there, the day Roza arrived, that Wunsch intervened and saved Roza in the locker room of the gas chambers; her children and her husband, however, were sent to their deaths.

This unbearable moment hung over the two women for the rest of their lives. After Auschwitz, they moved to Israel, getting married and starting a new life and a new family.

Wunsch and Citron were no longer in contact after the war, although they shared a final goodbye when the Russians liberated Auschwitz.

The two did not see each other again until Wunsch was tried for war crimes in Austria in the 1970s and Citron came to testify on his behalf, after a desperately written request from his wife.

Citron testified to how Wunsch helped her at Auschwitz, but also described the cruel ways he punished male prisoners. This was echoed in the film by the survivors of the Kanada reservation, some of whom didn’t experience Wunsch’s softer side.

In the documentary, Sarfaty uses recorded video testimonies of Citron and her sister, Roza, who were not alive when she started making the film. The recordings deal with issues at stake, including Citron’s relationship with Wunsch and with her sister, as well as her lifelong sadness and dysfunction. 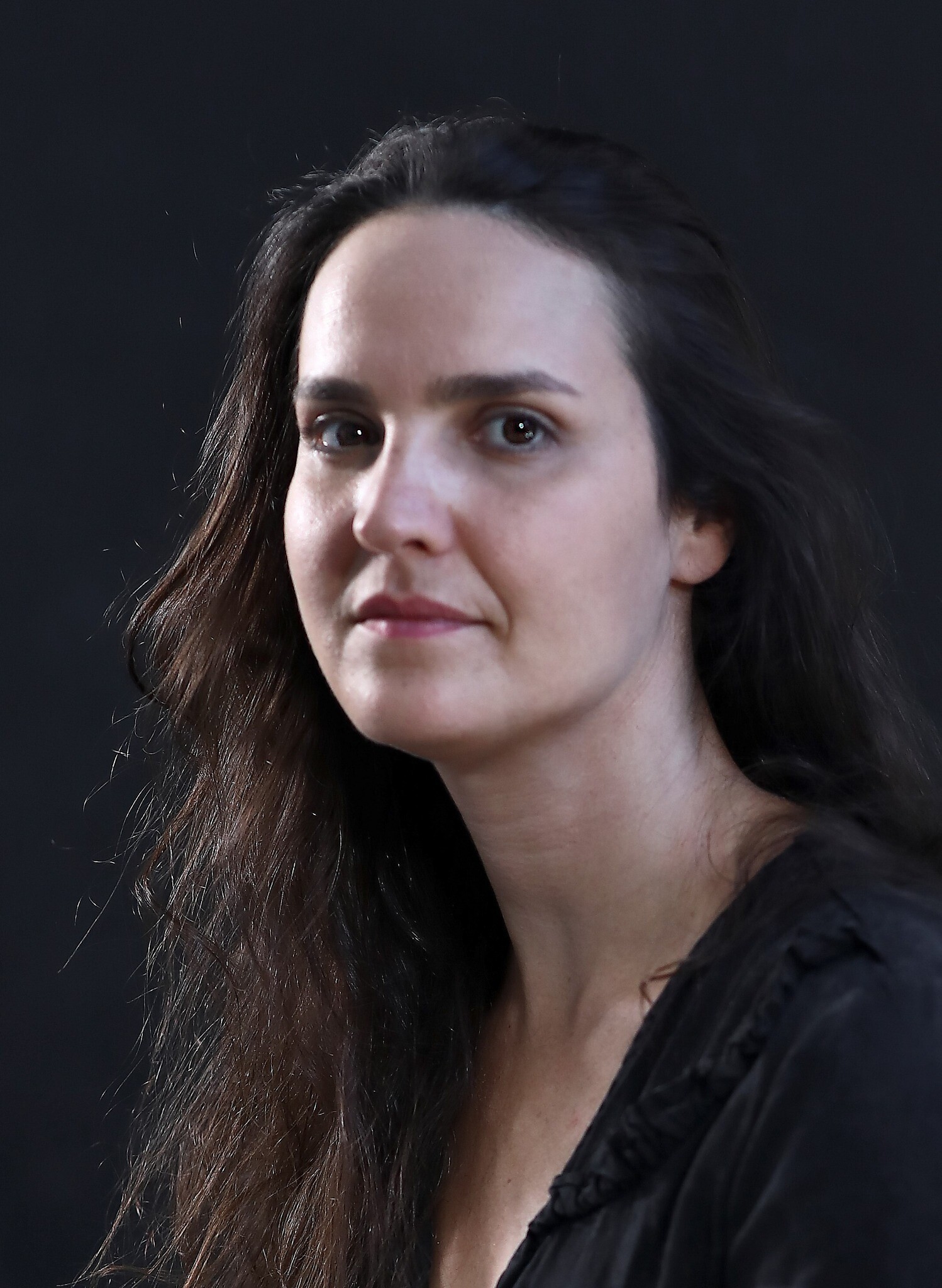 Director Maya Sarfaty, whose award-winning documentary “Love It Was Not” is now making its way to streaming platforms and film festivals (Courtesy Maya Sarfaty)

Sarfaty, who produced the film with her life and work partner, Nir Sa’ar, had known the story since she was a child, when she took art and theater classes with Miki Marin, Roza’s daughter. Orenstein, Helena’s sister and comrade. Auschwitz survivor.

Sarfaty always knew she would do something with this tragic tale, and first attempted a novel, then a film script. But the story of Helena and her SS boyfriend was so huge that the dialogue never seemed believable.

About six years ago, Sarfaty and Marin got in touch with Dagmar, Wunsch’s daughter, who was curious and eager to cooperate. She gave Sarfaty her father’s diaries, a turning point for Sarfaty in her decision to embark on a documentary.

Sarfaty first directed “The most beautiful woman”, the short film on the meeting of the children of Helena and Roza with Dagmar.

“Dagmar felt that she was the daughter of the hero who saved the sisters,” Sarfaty said. “Miki didn’t feel that way because he was ultimately an SS captain in Auschwitz. He helped Helena because he loved her.

Other complex relationships became apparent as Sarfaty continued his research. The two sisters were close but Roza always blamed Helena for the deaths of her children, creating an anger that remained between them for the rest of their lives.

Sarfaty also interviewed female survivors from the Kanada reservation, after hearing their testimonies for the first time at Yad Vashem and the Steven Spielberg Jewish Film Archive.

Sarfaty felt lucky that so many women who knew about the romance between Helena and Wunsch were still alive – Holocaust survivors now in their 90s, vibrant and lucid.

“It was very meaningful to hear them because they helped me understand what everyday life was like for them, how did it help her,” said Sarfaty. “The 1,000-woman choir are the heroines, they carry the story from start to finish, and they’re not afraid to say the worst things. They are full of empathy but truthful.