Primus knows how to dress for the summer.

Claypools can be one of the most accomplished rock bassists on the planet, but he was once just another progressive rock fanboy in the crowd. He remembers “urinating in my drawers” when, at 14, he saw the legendary Canadian progressive rock band Rush perform “Cygnus X-1”, a 10 minute track from their 1977 album. A farewell to kings.

It was his very first concert experience and an introduction to the kind of technical music he would do as the leader and bassist of Primus. Rush remains a personal inspiration for Claypool decades later.

“My hero was Geddy Lee,” he says of the singer and bassist Rush. “In terms of tonality, one of the biggest [bass] tones ever is Geddy Lee on those old records. We’re still looking, trying to find that tone. ”

With the exception of a hiatus here and there, Primus has been producing offbeat progressive rock and bass-poppin since the mid-1980s, maintaining an unlikely international fan base, playing at major festivals and whipping the mosh pits into a frenzy. with cult classics from the 1990s such as “My Name is Mud”, “Too Many Puppies” and “Wynona’s Big Brown Beaver”. In the early years, the musical tastes of Claypool and his longtime companions – drummer Tim Alexander and fast guitarist Larry “Ler” LaLonde – varied widely, but they shared an adoration of the progressive rock bands Rush and King Crimson.

“When we first got together years ago, that’s what we did; our common ground was jamming to Rush tunes, but more tracks rather than full arrangements.” , Claypool told Interior from his home in Northern California. And more recently, revisiting that material has been cathartic: “It’s been good for us, especially after all the shit that’s been going on in the last few years, walking into a room and chatting with the guys.”

Primus will barge into the all-new Spokane Pavilion at Riverfront Park on Friday August 13th playing Rush’s 1977 album A farewell to kings from start to finish. For years Claypool and his bandmates joked about playing a full Rush record during a Primus set, but they got more serious about the idea after longtime drummer and lyricist Rush, Neal Peart, died of brain cancer in early 2020.

Claypool says the band recently wrapped up rehearsals for their upcoming 46-date A Tribute to Kings tour, and tackling such an ambitious album after a long pandemic-related layoff has been a challenge for the trio. With Covid-19 forcing Claypool to stop touring last summer for the first time in 30 years, he totally lost his motivation to make music.

“You would think with all the madness in the world – be it the pandemic or political elements – that there would have been a lot of fodder for creativity, but it killed me,” he says. “I didn’t go into the studio and barely picked up my bass. I ended up buying an old shovel and cleaning up the fire tracks on my property, because of course on top of everything I live on the end of the world the Californian coast. ” 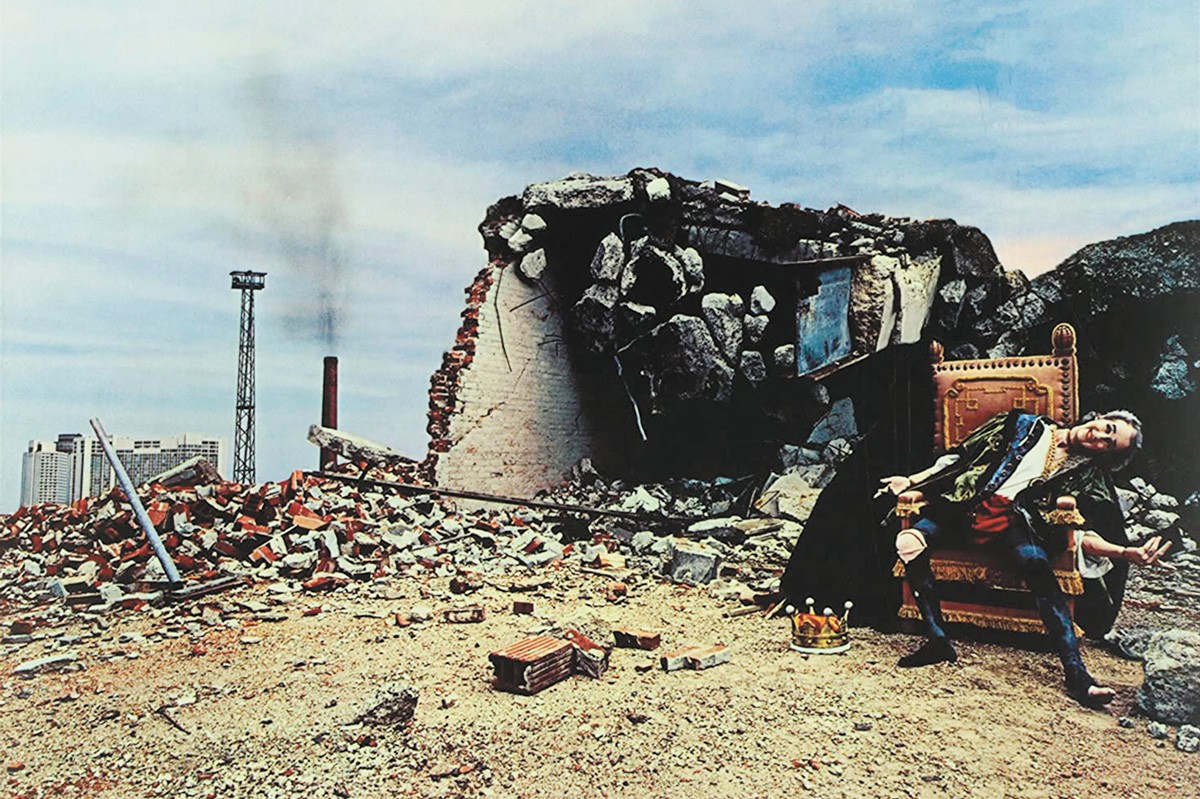 Primus play this album, Rush’s A farewell to kings, as part of their show Friday.

In addition to moving the earth, Claypool found creative release by picking up the painting for the first time, taking several months to regain an interest in the music. Now he’s putting himself in Lee’s shoes, a world-class multitasking known for singing, playing intricate bass patterns, and triggering keyboard sequences with a foot controller. It’s a daunting task even for Claypool, who is widely recognized as one of the most innovative and technically proficient bass players in the world.

“It’s Rush, after all,” he says. “I have to play these amazing bass parts and try to sing in a register that most humans can’t sing, and then play the keyboard. There’s a lot of fancy footwork going on.… It’s been a lot of work, but I think we’re ready for prime time here. ”

The similarities between Primus and now retired Rush are easy to spot. Both bands are virtuoso progressive rock trios that make more noise than should be physically possible, feature drummers who rock comically huge kits, and have enjoyed lasting commercial success despite being generally bonkers at the top. obscure influences. And Claypool’s connection to Rush’s music only became more personal over the years, with the two groups touring together on several occasions.

In fact, he performed a decidedly weird cover of “The Spirit of Radio” when Rush was inducted into Canada’s Songwriters Hall of Fame in 2010 – and made another reference to the group’s tendency to lose control of him. its bodily functions.

“If you had told me when I was 16 that I would be friends with the guys at Rush and get involved in an event like this, I probably would have messed up,” he told the audience. .

While the tribute to Rush will be at the heart of Primus’ upcoming concert in Spokane, A farewell to kings is only 36 minutes long, so Claypool promises fans who want to hear the Primus originals won’t come home disappointed. In addition, the show will feature 3D elements designed by his son. “We have a few surprises up our sleeves in terms of visuals,” he says.


Claypool is not sure what the next step is for Primus after the completion of the A Tribute to Kings tour, although he has hinted that a live-action Primus record collection may soon disappear, and that he will likely revisit his massively underestimated side project. with Sean Lennon, The Delirium of Claypool Lennon.

For now, he’s focused on getting back on the road, playing world bass for drunk and sweaty crowds of people, and paying homage to the band that inspired him to pick up the instrument there. has many years.

“We have some catching up to do on several levels.” ??